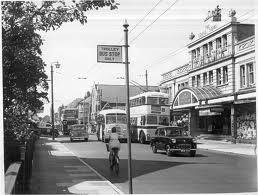 Anger and resentment percolated inside him.

“Are you alright, Gov?” Sergeant Snowden asked, concerned, as he glanced at the Inspector in the rear-view mirror.

How do I answer him? Collier mused. Life had suddenly become more complicated. And, he felt its unwelcome weight squarely on his shoulders. Mustering up a smile, phoney though he knew it was, he nodded and returned to his thoughts.

The inside pocket of his jacket contained the blurred photo of Werner Gruener which Captain Hall had given him and two sketches. One drawing was based on the description provided by the train baggage handler and the other an attempt by Andre Bertillon, his forensic artist, to capture Werner’s present appearance sans disguise.

The murder of the three Russian agents in their vehicle on his street earlier that morning had unsettled him. It was too close to home. He cringed with the thought that if it had occurred two hours later, innocent children on their way to school could have been caught in the cross fire. Now, he feared that Lila’s life could be in danger.

He glanced at the headline of The Echo lying on Captain Hall’s lap and cracked a meagre smile: ‘Queenie Found Murdered. He hoped this ruse worked. Time was at a premium. The lives of his son, Richard, and Elsa, his finance, and her family depended on everything proceeding according to plan. Captain Hall’s game plan had missing pieces. And that haunted him. Though she had ensured him that the children in Elsa’s family would soon be delivered safely out of Germany to Bournemouth via kindertransport, her silence on the remainder had left him with a deeply sickening feeling. He felt the vehicle slowing down as Ringwood Pub came into view. A cold sweat glistened on his forehead. Flashbacks to the horrific events in the trenches hammered at the door to his mind. He felt queasy. It had been more than two years since he last fell off the wagon. And, the gift of sobriety was a clarity he had no intention of losing. The pub’s owner and many of its patrons shared an untellable nightmare he could not and would not revisit. He felt Captain Hall’s hand press gently on his forearm.

The past, he thought, is indeed like a hungry old lion. You can ride its back only so long before it decides to eat you. Maybe it’s my day to be eaten.

Closing his eyes, he took in several deep breaths before wiping his brow clear with his handkerchief. Then, after a reassuring glance at Captain Hall, he focused ahead.

Many of the pub’s patrons earned their drink money by doing odd jobs throughout Bournemouth. And, as a result, he thought that there was a very good likelihood that someone would recognize Werner from either the photo or sketches. The truth was that he wanted to delay the next stage of today’s agenda.

When the vehicle stopped, he stepped out onto the sidewalk. The sun felt good against his face. While he waited for Captain Hall and Sergeant Snowden to join him, he felt a growing confidence that he had the mettle to face whatever lay beyond the pub’s doors.

Twenty-Nine Edgestone Road, the next leg on today’s roster, was high up on his never to visit again list. Suzanne Moodie, who still lived at that address, was someone over the years that he had scrupulously managed to avoid. And, in Bournemouth, that was not an easy task to accomplish. But, Klaus Becker’s clandestine message necessitated that Captain Hall and he make that visit. Unfortunately, from his point of view, Captain Hall had still not divulged to him the critical piece in Klaus’s puzzle, namely the words that would identify the combination to the vault. And that troubled him.

“Captain?” he said with a smile when she joined him. “I have a question to ask you before we go in.”

“That puzzle of Becker’s…I’ve worked out that ten lockers remained open…but…I don’t know the words in each.” She nodded matter-of-factly. “Well…Are you going to share?” he asked, not hiding his disgruntlement.

“In time, Inspector” Her attention turned to reconnoitring the street before her gaze returned to Collier. “But, right now, first things first.”

Briefly, Collier thought of pushing the issue but her demeanor told him otherwise.

“Is there a problem, Captain Hall?” asked Sergeant Snowden.

“Why are you asking?”

She scratched the back of her ear and shrugged. “I get a sense we’re being watched.”

“We are,” chortled Snowden, thumbing over his shoulder to the pub’s window. Quentin Hogg’s fleshy nose was pressed against the window like a sausage patty while his face went through numerous contortions. Hovering above him were Jock Mahoney and Patrick O’Grady performing rude gesticulations.

Sergeant Snowden inserted himself to block Captain Hall’s line of vision to the errant behaviour in the pub window. His profuse apologies being quickly silenced by the wave of her hand as she motioned toward the door.

Confused, she asked, “Why not?”

An uncomfortable state of awkwardness began to wash over him as he attempted to release the words. “You’re…a…woman and…women aren’t…” His words quickly evaporated. He realized that he had just said something comparable to holding up a red flag to a bull. The only word that speared his mind repeatedly like a broken record was the word “SHIT.” This was a serious brain burp that had no resemblance to what he intended to say.

Her eyebrow raised in defiance while her tone remained calm, she replied: “I see.”

An uneasy silence slammed down between them like a lead curtain.

Finally, Collier managed to eke out an attempt to correct his infraction. “What I was trying to say was that the Sergeant and I have a history with those men inside…a very personal one that has been shaped by war. Your presence might upset the applecart. That’s why I’m asking you to stay outside while we conduct our business with them.” Briefly, he held his breath waiting for her answer. He knew she could see right through his little scam.

“I can accept that…for the moment,” she replied, nodding her head.

Once they had entered, she began to count off sixty seconds on her wrist watch. The beeping of a car horn momentarily distracted her. When her moment was up, she entered the pub.

The afternoon edition of The Echo’s banner headline blared out at him:

“Your ‘boat,’ Jock,” chortled Quentin Hogg, observing Jock’s facial expression from the end of the bar. Quentin turned and alerted the others to take notice.

Nothing about Jock Mahoney was small. He was massive in everyway. His eyes were piercing and intelligent on a canvass shaped by an earlier life in bare-knuckle boxing.

“What about it?!” growled Jock, owner of the Ringwood Pub, taking up his position behind the bar and still immersed in reading the front page of the paper.

“It looks like it’s been to the ‘deadly nevergreen’ and back, don’t it boys?”

Low muffled “ayes” and nods to the reference of “gallows” rumbled in unison from the patrons.

“Cheese it!” Jock bellowed as he slammed The Echo down. The room went still. “Now that you’ve stopped your ‘cackle,’ get off your ‘bottle and glass’ and gather round.” He pointed at the headline. “Read and weep. Crime’s takin’ us over, boys. Our Bournemouth’s goin’ to hell in a handbasket.”

The cook, Patrick O’Grady, a burly red-faced man, emerged from along the hallway that led to the kitchen. Above his shoulder, he carried a large circular brown tray. On it was a traditional full British breakfast of bacon, sausages, black pudding, hash browns, bubble and squeak, baked beans, fried tomatoes and mushrooms, scrambled eggs and coffee. Patrick placed the heavy load on an empty table and served the customer. Once he was satisfied that all was well, he joined the others.

Pavel Sudoplatov placed some bacon and a section of scrambled egg on a slice of his toast as he listened to the men gathered at the bar. As he ate, his trained eyes slowly scanned each nook and cranny of the tavern.

“She was no straight-cut, Jock. She got what she deserved.” Phil piped in making no bones about hiding his malice toward ‘Queenie.’

“She did, did she? And the two children too?” retorted Patrick.

On either side of the main entrance, tables and chairs each fronted a large window. Deep seated booths lined the side and back walls. Opposite the long wall of booths, the bar stretched from the front to the hallway opposite Pavel. Freedom of movement in front of the bar was afforded by an open space that was free of tables and chairs, while sawdust on the floor’s surface ensured an easier cleanup following the usual assortment of patron mishaps.

Three-quarters of the pub’s area was cast in a grey hue. Pavel thought that a mirror positioned behind the bar could have made better use of the natural light that flooded through the front windows. Though from his vantage point, the resulting shadow casted him in the proper light.

The darkened hallway opposite him, narrowed considerably by a variety of boxes precariously stacked to the ceiling along one side, led to the exit, washroom and kitchen. At the corner to this passageway was the sign: Wobbling Topples, Keep Your Wee Johnny in Line. Scrawled above Johnny, which had been crossed out, was Wee. Below the sign was a bucket of soapy water with a mop in it.

Jock stretched his muscular arm across the counter and grabbed Quentin by the shirt. “Pull back, Quentin, if you want two on the house.” Assured he had Quentin under control, he locked eyes with Phil. “Get the fock out! Now!”

Phil stumbled back, raised his hand to contend his forced expulsion, quickly thought better of it, and exited.

“Is he ever sober?” Patrick asked rhetorically, turning his attention to The Echo unfazed by what had just occurred.

“Uh?” Jock replied, distracted as he filled two whiskey glasses and placed them in front of Quentin.

“No matter. Here, did you see this, Jock? Three ‘bolshie’ murdered in their car. Shooter at large. Isn’t ‘tat on the same street where the Inspector lives?”

Shocked by this news, Pavel’s ears perked up and he stopped eating.

“Aye, so it is,” replied Quentin and Jock in unison as the others pressed in to read the article.

Pavel had no doubts that this was retribution for the explosion that killed Klaus Becker at the Cricketer’s Arms. His mind churned as he rethought his options. Now, only he and Anatoli remained. He noticed a black Wolseley pulling up outside. Reflexively, his hand pressed against the .32 automatic in his jacket. Dropping a guinea on the table, he surreptitiously slid out of his booth and along the hallway to the exit.

The sun’s brightness momentarily blinded him. Teary streams smeared his cheeks as he eased along the wall toward the sidewalk. Wiping his eyes clear with his shirt sleeves, he peered around the corner. Sergeant Snowden and Inspector Collier were waiting for Captain Hall to exit the Wolseley. After she joined them, a brief discussion ensued before they entered the pub.

Wishing he had overheard their conversation, Pavel earnestly began to scan the largely vacant street for Anatoli’s vehicle. He must have followed them, he mused. Unless he too…His eye twitched in a rare display of nervousness. He shook off the thought. But, where is he? A horn beeped. Too preoccupied in his surveillance, he ignored it. But, when two halting beeps followed in succession, it gathered his attention.