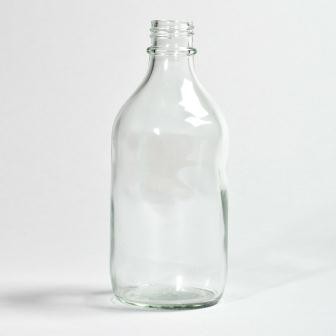 A Short Story by B. B. Wright

Inspector Alexander Collier Mysteries will often provide a choice for the reader. If you want to obtain a greater understanding and/or a ‘feel’ for the period follow the embedded links (high-lighted and underlined) sometimes found in the text of the story.

Two significant clues had been discovered in the missing girl’s hospital room: a Winchester bottle under her bed with several fingerprints on it and on the highly polished floor the stockinged impressions of an adult male’s footprints. It had been established early in the investigation that Rebecca Grynberg had been the sole patient in this room.

Though the immediate objective was to account for all fingerprints found on that bottle, Collier, who recalled the hospital administrator’s odd sock combination, asked his good friend, Leonard Scoffield, who was the senior officer in charge of the forensic side of the crime scene, to check Becker’s foot size first against the stockinged impressions left in the room. Also, after he had cleared it with Leonard, Collier took the photo of the little girl with her family from its frame on the bedside table and placed it in his inside pocket.

Diane, poked her head around the corner to the entrance of the room and tried to get her uncle’s attention. Leonard noticed her first and directed Collier’s attention toward the doorway.

Massaging the taut muscles in his neck Collier walked over to where his niece was standing.

“Is everything alright?” he asked. “You have a worried look about you.”

“I see your neck’s bothering you. We do have Minnard’s liniment here.”

Shaking his head, he replied: “That foul smelling stuff? Nice diversion…You’re not getting off the hook that easily. Now what’s troubling you?” He cupped her elbow and led her down the hall away from the room’s entrance and into a small alcove.

“It’s about tonight’s dinner,” she replied, “and I can’t help but feel stressed over it especially if you’re not there to…support us.”

“Oh…I see. You’re afraid that you and Lenny might not be able to handle facing your mother on your own.”

“I shall be there. I promise you. But, if I am late for whatever reason, your Auntie Lila can handle my sister quite handedly at the first sign of trouble.” From Diane’s expression he wasn’t sure she had bought into what he had just said. “May I make a suggestion?”

“If I’m going to be late I’ll forewarn your Auntie Lila. You call her first to get the lay of the land and then me at the station to coordinate our arrival times. I think that should allay any concerns you may have. What do you think? Does it work?”

She wrapped her arms around him. “It works uncle!”

“We’ll tame your mum by evening’s end,” he assured her. “Now off to do your work. I too have much to accomplish by day’s end. And, again, congratulations on your engagement.”

By the time Inspector Collier left the hospital to return to the station with Constable Dubin, he was satisfied that Sergeant Snowden had everything well under control. This included securing the exits and monitoring the comings and goings at the hospital as well as a plan to ensure that all personnel were fingerprinted in the solarium

The actual fingerprinting of hospital personnel was the responsibility of Leonard Scoffield’s team who also matched and validated names and addresses associated with each set of fingerprints as well as the foot size of males. Based on the list the hospital administrator, Klaus Becker, gave them, there were over 2000 people—2017 to be exact—to be processed. At least a month’s worth of work to complete.

The sunshine and nipping chill felt good against his cheeks as Collier descended the steps from the hospital to the Wolseley parked at the bottom. Though he still felt some discomfort from his fall earlier on the same steps it had become quite bearable.

By the time Collier had reached the bottom of the steps, he had decided to follow a hunch that had been bubbling in his mind since he learned of the girl’s disappearance and ‘Queenie’s,’ recounting to him of her reoccurring dreams—though he would have described them as nightmares.

He directed Constable Dubin to make a detour to the local cinema rather than returning directly to the station.

The crowds from the Remembrance Day ceremonies had long since dispersed and the streets were relatively quiet as Dubin parked the vehicle in front of the Palladium Cinema. The unlit marquee above its entrance advertised The Divorce of Lady X starring Merle Oberon and Laurence Olivier and Collier could see someone cleaning up in the main foyer behind the glass doors.

By the time Constable Dubin and he reached the front doors of the cinema whoever had been in the front foyer had disappeared and they were left with no other choice than to bang heavily on the doors with their hands to attract attention.

After several fruitless and loud attempts, an elderly gentleman with tufts of white hair on a mostly bald head and sporting a white handlebar moustache and work clothes appeared. Barely paying attention to them, he pulled out his pocket-watch, pointed to it and waved his bony arm for them to go away. Their persistent banging against the doors drew his full attention and forced him to maneuver his glasses from their strategic position just above his forehead to his nose. Once he saw Constable Dubin’s uniform he quickly traversed the foyer to open the doors.

“May we come in?” Collier asked.

After Collier and the constable stepped inside the doors, the elderly gentleman relocked them.

Collier smiled replying:”No you can’t. Best to be too careful than not careful enough.”

“I’m Inspector Collier and this here is Constable Dubin. What’s your name?”

“Is the owner…Harry Mears by any chance here, Robert?” Collier asked, casually surveying the surrounding environs.

Collier reached into his pocket and pulled out the photo. “Have you seen this little girl around here recently?”

Robert looked at it long and hard before answering.

“Too bad, I wish you had. Do you mind if we look around?”

“Thank you, Robert. You’ll find us in the lower section of the theatre.”

As Collier opened the doors to the theatre, he could hear Robert loading the garbage bags onto his trolley. Turning back he watched him wheel the garbage down a dark corridor to the back entrance.

“Tell me gov, did you understand everything he said to you? I know I had trouble following him.”

“Pretty much. The Scottish brogue was a daily part of my life growing up. My family on my mother’s side was Scottish and they often took care of me while my parents worked.”

“Do you mine gov if I ask another question?”

“What do you hope to find here?”

“I really don’t know, Constable, except that little girl safe and sound and hiding somewhere in here.”

“For now, let’s just call it a hunch. Now check along the rows on that side while I check this side. After we’re finished here we’ll head upstairs to the balcony.”

Barely into their search the doors behind them burst open and Robert McTavish,  frantic and breathless, stood partly into the opening clinging to the door handles on either side of him.

“Mah god! Mah god! Come quickly! ” he screamed, pointing behind him as he turned and exited.

Tears swelled Collier’s eyes once he stepped out into the back alley behind the theatre and saw the child’s lifeless and broken body in a pool of blood. Unable and not caring to hide his emotions, he hunched down in front of her sobbing.

Dull as stone and open, her eyes stared back at him.