A picture says a thousand words but what if I were blind?

Would the photo framed and hanging there keep its words confined?

If I were born that way, how would each image be assigned?

Images formed in my mind must certainly be redesigned.

Touch would guide my mind if I were so inclined.

But distant nature’s best can only be aligned

Through the carefully crafted words on an artist’s canvass assigned.

Gently she takes my hand an elixir in demand

And guides me along the path to the very spot behind

Where shutter and lens defined

To form complex images perhaps unclear to many in their design.

It does not matter because the picture is solely mine.

Each Seed That Grows
by
B. B. Wright
In Memory of Allan “Bush” Armour 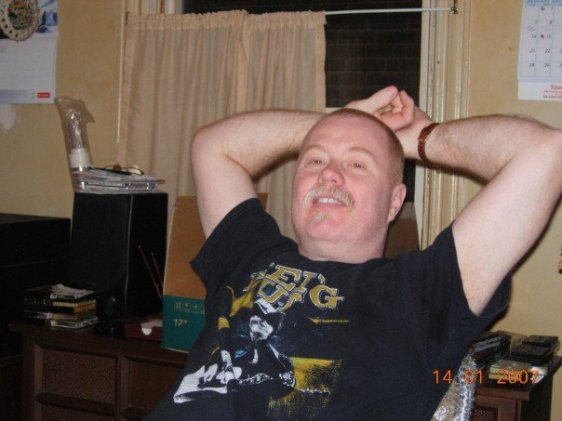 Each sunrise and sunset brings me closer to my end.
Will I be remembered after I am dead?
Will my notes played upon my strings still resonate with you?
Each day that I awoke I did my best to use the gifts I have within.
When I failed, I accepted, learned and moved ahead;
I understand that life is life
And how I meet it is what makes the difference.
Still, life seems so unjust in how it’s meted out.
The warm brush of your kiss against my cheek,
and your gentle touch, arms me for what lies ahead.
When lost and sick at heart for what I’ve done and not done
Your eyes uplift me.
Once, spring’s rebirth led me into the sweet warmth of summer’s months.
Now, autumn leaves and winter winds have arrived too quickly.
I have barely left a footprint if one at all.
As I hear the loving voices near me,
distant though they seem,
I know that as memories are passed forward and live,
then, so do I.
I am weary my love.
The strength you’ve given me I must now relinquish.
And, though it is not my choice to do so,
it is time for me to go.
But, remember.
That from the beginning through the end of each year
and as long as memories last and grow,
I am part of you and part of each seed that grows.

In rustling of leaves

and beauty of Fall,

few among the things,

that touch the heart

to the weary traveler

who, on homeward bound,

passes through its gate.

as through the body flows.

Where change unnoticed before

slaps against each pore.

should not be ignored

upon the white picket fence.

that dare to stay

atop on bottom rail.

Once resonant with purpose,

from the lowly picket fence.

Once a cozy curb appeal,

its remnants lay about

Flock or Not: That’s What It’s All About

A group of sheep is a herd or flock;

the shepherd is never a flocker.

A volery of birds is a fleet or flight

also a pod, congregation or parcel.

While small birds’ in groups

a dissimulation is called,

a mouthful to remember indeed!

Though these words are few,

to describe a flock, congregation or parcel.

A gaggle of geese look up from the ground;

while in flight a skein, a wedge of their kind take notice

in flock or rookery combined.

in confidence of the sighting just seen.

Until the screech from the ground

where a party of jays

made the whole thing turn upside down.

“What do jays know?” was the harsh, self-assured, raucous reply

from the murder of crows nearby.

“There’s no mystery in this!”

“It just simply is.”

A committee of vultures circled the gathering

waiting for the ripe time to come down.

“Look!” alerted the fall of woodcock:

An exaltation of larks

drowned out the woodcocks;

while an unkindness of ravens

on their way to the barn

scared a gulp of swallows in turn.

—whatever their group is called—

was to counsel the geese

and give the jays peace

the hardest wisdom to buy.

In the front of the court

a murmuration of starlings and a host of sparrows patiently sit looking on;

while a pitying of turtledoves and a rafter of turkey hope the trial will not last long.

When the learned parliament of owls finally arrived,

with white gowns all newly preened;

before they could “hoo”

a prorogue was ensued

from the charm of warbling finch.

When the bouquet of pheasant nodded support

— simply not expecting a hitch—

that’s when the ostentation of peacock

yelled “Foul play!” and called it “A BITCH!”

when the owls consorted

with a sord of mallards

the tidings of magpies flew away.

Debate and rebuttal and erudite rubble

until egos did stumble

and they did fumble

An answer came out

and here’s what they had to say:

“Agreement lies far to the south…there’s simply no other way.”

mallard or owl this day?”

“That answer is easy,”

quacked the team of ducks,

bunched up with their newly born.

the cacophonous pod that day.

“Hmm!” said the chief owl, glaring down his nose

at the paddling of duck on the pond.

and your brood of duckling know?”

His oppressive eyes and threatening ways

gave the ducks a stuttering blow.

a dole of doves

to defiantly stand in a row.

“If you must. Let’s hear what you have to say.”

A young duckling stepped forth

“Your answer is clear! Stay here!” she exclaimed,

“But…” stumbled the owl,

from someone as outspoken as she:

“the… Kingdom of Penguins…

with their waddle on land and their raft in water

“I don’t give a damn!” the duckling exclaimed

“Look around you silly old owl!”

With a paradoxical look the parliament shook,

and clearly shrugged an answer in vain;

while moans and groans as if in pain

mixed with the congregations’ disdain.

The duckling strode forth

and with her mother’s support

with a surprising rapport,

for someone as young as she.

With the tip of her wing, she took them all in

especially the parliament to her lee.

is real easy to see

if only you would all listen, please.”

When the siege of herons called out their support,

the volery of birds settled down.

“Here’s my question to you,” she slowly began,

among all the rows

she preceded her challenge,

“raise a wing if you concur,

that a flock or rockery

of Albatross in flight

is a spectacular sight to see?”

the pods hesitated ever so slight.

A glance to the left,

A glance to the right,

the center led the flight.

for what they knew was right.

did not let his goals go astray.

“Answers all, lie within?” He thought,

this scrupulous circumspection could  pay.

scooped up so the flock could see.

His position without doubt

would now have real clout

Then laughter broke out

his parliament backed out

When the chief owl looked down,

it was with a frown,

his white gown was all brown

below where the duckling had peed.

His plans now a shamble

by his selfish gamble

When the duckling got down

she stood her ground

and the pod drew near to hear.

to someone the likes of he.

Though choices may be slender

your vote must be rendered

to ensure your destiny.”

in their fateful flight.

Turning down another row

But… times have changed!

not in future’s fold.

before the shadowed Scythe

Another row we go?

For what is a poem but a hazardous attempt at self-understanding; it is the deepest part of autobiography. -Robert Penn Warren

I gave this selection of poetry to my son on the occasion of his birthday two years ago.

Words and thoughts which are so often inaccessible are made accessible through the clarity and insights of Carl Sandburg. The reader is welcomed to be part of an intimate place and time that is bridged by a father’s love for his son. It is difficult not to be honored by the invitation.

It is with great pleasure that I share this poem with you.

A Father To His Son by Carl Sandburg

A father sees his son nearing manhood.
What shall he tell that son?
‘Life is hard; be steel; be a rock.’
And this might stand him for the storms
and serve him for humdrum monotony
and guide him among sudden betrayals
and tighten him for slack moments.
‘Life is a soft loam; be gentle; go easy.’
And this too might serve him.
Brutes have been gentled where lashes failed.
The growth of a frail flower in a path up
has sometimes shattered and split a rock.
A tough will counts. So does desire.
So does a rich soft wanting.
Without rich wanting nothing arrives.
Tell him too much money has killed men
and left them dead years before burial:
the quest of lucre beyond a few easy needs
has twisted good enough men
sometimes into dry thwarted worms.
Tell him time as a stuff can be wasted.
Tell him to be a fool every so often
and to have no shame over having been a fool
yet learning something out of every folly
hoping to repeat none of the cheap follies
thus arriving at intimate understanding
of a world numbering many fools.
Tell him to be alone often and get at himself
and above all tell himself no lies about himself
whatever the white lies and protective fronts
he may use against other people.
Tell him solitude is creative if he is strong
and the final decisions are made in silent rooms.
Tell him to be different from other people
if it comes natural and easy being different.
Let him have lazy days seeking his deeper motives.
Let him seek deep for where he is born natural.
Then he may understand Shakespeare
and the Wright brothers, Pasteur, Pavlov,
Michael Faraday and free imaginations
Bringing changes into a world resenting change.
He will be lonely enough
to have time for the work
he knows as his own.